Scientists have long been concerned over the number of animal species going extinct in recent decades and new data suggests that it is amphibians which are bearing the brunt of what is being called a sixth mass extinction. A certain amount of vanishing species is a natural part of the world’s process of maintaining equilibrium but recently released figures from a number of sources suggest that amphibians are losing species at a rate over 200 per cent greater than the expected value.
Save the Frogs, a California-based conservation organization, claims that currently nearly one third of frog populations are under threat of extinction, with around 200 species having disappeared since 1980, a huge difference over their usual rate of one species going extinct once every 500 years.
Furthermore, another conservation effort, NZFrog, notes that although this decline is not a new phenomenon, with scientists having observed it for some time now, the main concern is that is becoming too late to stop such disastrous extinctions. NZFrog claims that 32 per cent of all amphibians are facing extinction and given the group’s importance in the food web, their complete eradication would have drastic ramifications for both the predators which rely on them and their prey species. For example, the loss of such an important carnivore at the top of the food chain could cause dramatic increases in malaria-carrying mosquitoes while other already rare species which prey on amphibians, such as the western terrestrial garter snake, are likely to become even rarer should they lose their main source of nourishment. 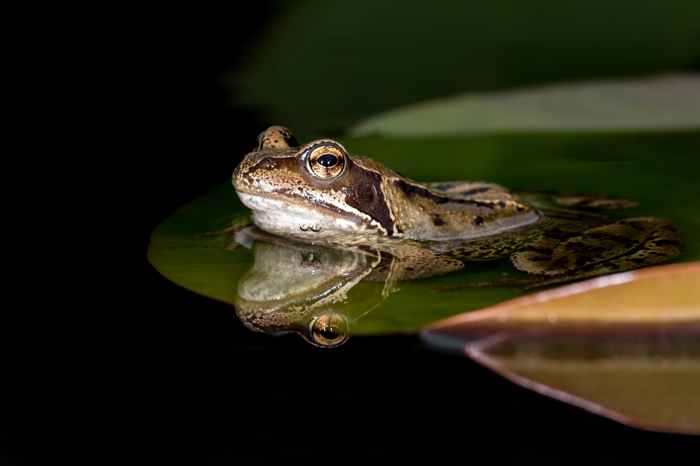 Data on such declines has been collected for some time now, with The Telegraph observing as far back as 2008 that more than 50 percent of Europe’s amphibians could be expected to disappear by 2050, and with noted naturalist Sir David Attenborough concerned at the effects of the loss of what he called the ‘lifeblood’ of the environment. While many may not realise how important a role amphibians play in the balance of life, Sir Attenborough is not understating things when he says that such a loss is both ‘extraordinary’ and ‘terrifying’.
A number of causes behind this dramatic decline have been identified, with Save the Frogs highlighting a multitude of environmental problems facing amphibian populations, including pollution; disease; invasive species; habitat loss; climate change and even harvesting for the pet trade. One particular threat which has been responsible for a number of extinctions in Australia, the Caribbean, and North, South and Central America is the infectious disease Chytridiomycosis. First identified in 1998, the disease has been found on over 250 species of amphibians in 36 countries and has been linked to over 100 extinctions since the 1970s.
One school of thought suggests that amphibians are becoming more susceptible to the disease due to an increase in environmental pollutants which reduce the ability of their immune systems to protect them. The problem thus becomes more complex, with a number of factors which must be considered if amphibians are to be protected. The most alarming question though is, is it too late to save this vital group of animals, or are they destined to go the way of the dinosaurs?
You can find more in our Jan/Feb 2015 issue of ModelsMania

What Every Gym-goer should have in their Gym Bag

The Primal Pull of Spring

Steroids in the black market