Prior to the 1960s, most women led lives that centered around “children, kitchen and church” as the old saying once went. It was the time-honored social construct of women managing the domestic sphere while men earned a living in the work world. But by the late 1960s, that paradigm was tested by the immense cultural changes of that era and by the 1970s and 1980s the gender/social landscape had radically changed. Women were being told they could “have it all” and professional women were juggling careers and family life in a dance that seemed to be more frenetic than anything seen before. By the end of the Millennium, the New World of women “having it all” was being challenged as detrimental to emotional and physical health of females and their children and new patterns began to emerge. Choosing from any of the existing archetypes or creating your own was the new watch word of what women wanted out of life. And one of the best examples of someone who is molding a life out of some seemingly disparate but fabulously integrated elements is Bre McGinness. Bre has been a regular part of Modelsmania for a few years, as a model and also as a writer for the fitness column “the Health Corner”. She is a brand new mother, has a Fitness Studio called Fitness Balanced that has moved into a brand new location and is newly returned to modeling after nearly two years of absence. Her life is as full and fast-paced as anyone’s could be, but there is more joy and delight than ever in her experience. Modelsmania Magazine sits down and talks with Bre about all the varied corners of her busy days. 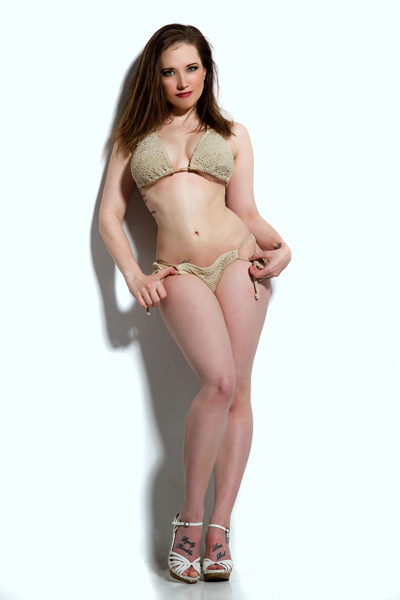 1)You have one of the richest lives out there between your fitness career and modeling. How has becoming a mother and starting a family made it richer?
I have always been very grateful for both my fitness and modeling careers, but having a child has only made that feeling stronger. I see the world entirely different since becoming a mother, never taking the little things for granted. I have more ambition now to advance my career than ever before, not for myself, but for my family. I am also more appreciative of the opportunities that have come my way.
2)What is the one thing about being a mother that you want the world to know about that you hope will make lives better?
Becoming a mother is one of the most empowering things a woman can do. My confidence level has skyrocketed and I feel I can conquer the world. I have a deep appreciation for what a women’s body is capable of, and that translates into more self-esteem than I ever imagined possible. I would love mothers out there to know that they are beautiful and deserve to feel that way!
You can read more of this in our June 2016 issue of ModelsMania

The Primal Pull of Spring

I have the Secret to Your Success!

Respect in the Gym

What Every Gym-goer should have in their Gym...