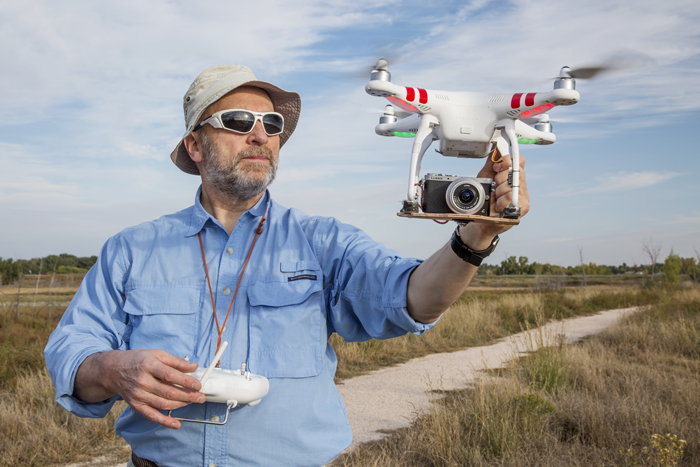 The subject of utilizing drones in any capacity remains an extremely controversial issue, but that isn’t stopping the aerial gadgets from exploding in popularity and increased use. From their original use as war hawks that provide largely unnoticed photographs and video footage of enemy movements, drones quickly morphed into full-fledged strike forces in battle-ravaged countries that are equipped with weapons as well as cameras. Charges of the indiscriminant killing of civilians from aerial drone attacks have led to cries of fowl on the military front. As the use of drones shifted from war zones to public domains, issues of privacy took the forefront of attention as advocates shivered at the possibility of a swarm of spying eyes in the skies.
Despite all the ruckus and racket, drones are continuing their service in military operations and are growing in popularity among civilians as well. Not only are increasing numbers of people taking up drone photography as a fun and inspiring hobby, but many are expanding into business endeavors where advantages of the small, aerial devices are expected to bring big profits.
Drones Are More than Fun Toys
Drones began as modified model airplanes and helicopters that incorporated new mobile photographic or videographic technology and took it soaring into the air via remote control. These primitive prototypes quickly progressed into quadcopter models utilizing better developed battery packs, GPS guidance, multi-rotors and camera stabilizers for smoother shots and easier handling.
Today, drones for citizen consumers mainly consist of multi-rotor helicopter-like aerial vehicles that can be decked out with GPS and high-quality HD cameras that are mounted with specially designed stabilizers called gimbals for smooth, jitter-free shots. Advancing technology has paved the way for drones to contain high-performance gyros, radios, accelerometers and magnetometers. Multi-rotor drones allow an experienced pilot to capture incredible perspectives and angles that are unique to drone photography.
Drone Photography for Pleasure
Most people are interested in drones for personal pleasure. Not only are they fun to fly, but they provide amazing photos and videos which are great to add to the pilot’s photo album, video collection and, of course, social media sites and blogs. Utilizing drone photography adds a wonderful and fresh perspective to a tried and true hobby.
Getting started in drone photography doesn’t take a great deal of cash. Quadcopters fit with cameras containing descent lenses start under $100 and are basically comparable to regular point-and-shoot model cameras that offer good pictures without requiring a lot of photographer knowledge or adjustments. Also, just as with standard cameras, various drone models exist which increase in both quality and cost.
If you are looking to get involved for the first time in drone photography, there are several models that are recommended that provide the best performance at the most affordable price.
You can find more of this article in our November 2014 issue of ModelsMania

When Dating a Model Becomes a Reality

Turning off The Tapes