We use and consume natural gas, including shale gas and coal seam gas in a variety of ways. We use natural gas in the form of electricity, to cook our meals, heat our homes and aid in major manufacturing industries like plastic, fertilizers and metals and minerals. Although natural conventional and unconventional gas are delivered to end users in ready-to-use forms, such as electricity, the process of extracting them from shale and gas formations is not that easy.
What is Fracking?
In most regions where gas and coal seam gas are mined, fracking is usually the process of choice. This is a process of stimulating gas and coal seam gas flow from their formations that encourage them to flow over the ground’s surface.
Fracking utilizes a combination of substances – sand, water and chemicals – that are pumped with high pressure into the formations of gas and coal seams. When these substances are injected, the sand helps keep the formation open and therefore improve the gas’ efficiency for flowing. Meanwhile, the host of chemicals that are used in fracking have different purposes such as balancing acidity and thickening of the mixture of fluid.
Fracking for gas and coal seam gas is a huge and booming industry in Australia. It is being used for gas wells that are “tight;” meaning, they are not easily permeable and help gas flow more easily.
The Difference Between Gas and Coal Seam GasShale gas and coal seam gas are chemically the same. When these gases are burned with a heater, they produce the same amount of carbon dioxide and heat.
The main difference between the two is their location. 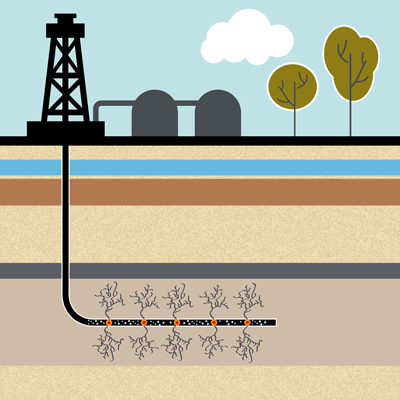 Shale and tight gas is a huge industry in the US and this has been going for nearly two decades now. In fact, the United States consumption of gas comes from 20-25% shale gas.
Shale gas is found deeper into the earth, between 1-3 kilometers. The gas is trapped within the shale formation itself, usually in porous sandstones trapped with high pressure. In Australia, shale gas is still largely in the exploration phase and while it still uses fracking for extraction, some wells don’t require water to be pumped into them.
Australia has a larger industry and market for coal seam gas. Located closer to the ground at around half kilometer in depth, coal seam gas is trapped within the coal structure with water pressure. In order to allow coal seam gas flow to the surface and create a more effective pathway, the amount of water must first be reduced from the structure. But since the matrix structure for coal seam gas is denser, fracking is also mostly applicable for extraction.
According to the NSW Government Department of Industry Resources and Energy, “natural gas from coal seams (CSG) is an energy source which is crucial to NSW’s prosperity and low carbon future.” Coal seam gas supplies 30% of Australia’s Eastern region and more than 1.1 million end users rely on CSG for their home and business needs. Aside from fueling electricity and manufacture, CSG is also drives huge investments into the region and offers thousands of jobs to the locals.
You can read more of this article in our October 2015 issue of ModelsMania

Cults and Satanism in the World

Using Bliotherapy to Increase Your Libido

How to Win in Motocross

The Siren Call of Numbers