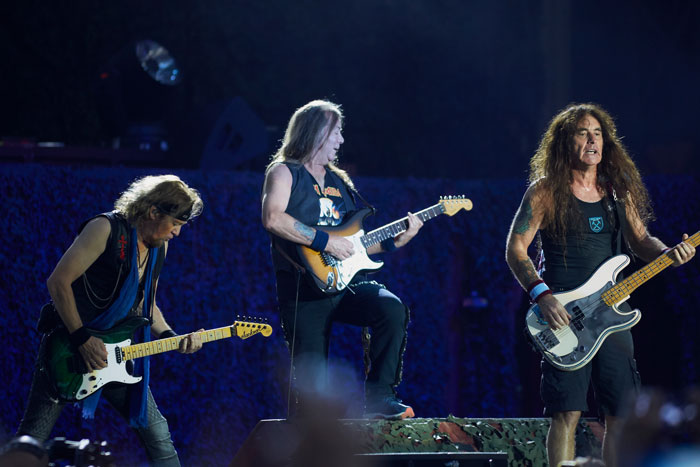 Iron Maiden’s love for creating things is what gets them into the studio. They recorded their latest album, “Senjutsu,” just under two years ago at Studio Guillaume Tell in Paris, France and it’s probably the best record album they’ve done to date. They put their seventeenth studio double album together, finished writing the
songs and recorded all in that studio. There are a total of ten tracks on the album, breaking down with six tracks on the first disc and four tracks on the second.
They would basically come in, depending on any given time to rehearse, wasting nothing as everything ended up on the record. They didn’t rehearse before going into the studio, something they haven’t been doing on their last couple of albums, giving a representation of where they are at any given time. 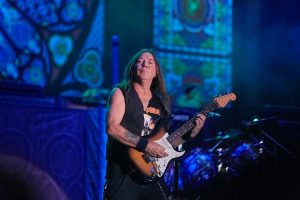 Steve Harris, the band’s bass guitarist, would have an idea on his i-phone that he wanted to expand and they would go into the studio in the morning and work on the day’s recordings. By the end of the day, they had something. Some of Steve’s songs were done in parts.
Each track is epic as it grows and builds in different ways with many changes for each of their songs. Each of them has a different vibe to it, like Eastern sounds, Asian, and Western sounds, while retaining the classic Iron Maiden elements. The band had a great experience recording this album, expressing how it’s the best album they’ve ever done, being more complex than “Book of Souls,” and certainly more valued, adding a couple of surprises, making you wonder if you’re actually hearing Iron Maiden.
You can read more of this article in our Sept/Oct issue of ModelsMania

The World of Extreme Sex: Everything You Wanted to Know