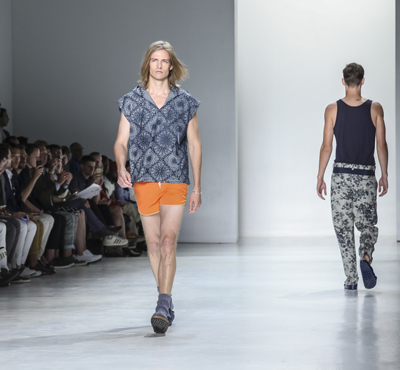 In between London Collections Men, New York Fashion and events in between that showcase men’s fashion, it’s easy to surmise what trends are likely to dominate for men’s fashion this year. There seems to be movement on function and practicality, earthy color tones and relaxed and laid-back fitting.
•Slouchy and Roomy
Although skinny jeans were popular among the male population during the past year, the complete opposite is seen to be dominating the fashion scene this year. Baggy trousers, for instance have been quite in the scene now, but they didn’t make it to the top simply because too much focus was given on being skinny. But baggy trousers will make quite a comeback and take the fashion scene by storm too.
We’ll also see a shift towards roomy body warmers that can go from casual to corporate wear. These body warmers also range from basic to quilted with pockets. They’ll be often worn with zips open and can be layered with a corporate suit, long-sleeved shirt or even a plaid polo.
But that doesn’t mean well-tailored suits will go out of style. They never will. But we might see skinny jeans among men becoming less popular this year.
•Emphasis on Function
Dressing men up should be a balance of function and style, but if one comes first, it will always be fashion. This is further evidenced by designers who made more focus on the utilitarian aspects of men’s wardrobe. Consider the brand Belstaff which used nylon in creating parkas, making them lighter but still warm. We will also see a lot of pockets in men’s wardrobe this year, whether it be on casual shirts to formal suit trousers.
If you want to be one step ahead of providing more function to your year-round wardrobe, consider getting a field jacket that works for both warm and cold seasons. 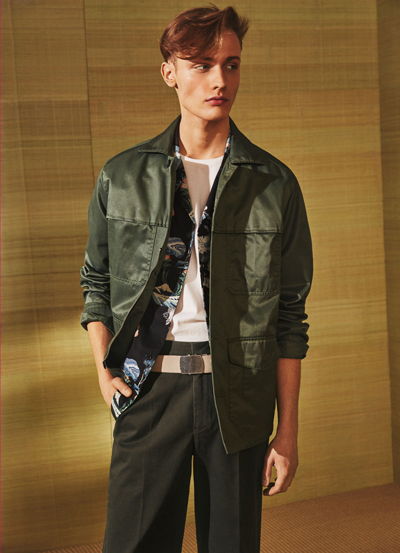 •Earth Tones
If Facebook founder Mark Zuckerberg hasn’t set the trend yet last year, this year we will definitely see a lot of greys and other earth tones among men’s fashion. But apart from grey, there’s also going to be a massive shift towards subdued colors that are more specific, say apricot tan, chocolate liquor, sienna brown, mauve mist, vintage indigo and oyster. These colors project classiness, creaminess and being all-around useful for various times of the day and occasion.
During the summer, it is predicted though that colors will take on new bursts, coming in colors of grass turf, limoncello and orange rind.
•Cardigans on the Rise
It seemed like men and cardigans don’t really go together, at least that’s what we’ve seen these last couple of years. But cardigans promise a kind of warmth that no other piece of clothing can provide and designers are seen to resurrecting the cardigans into new styles for men.
Cardigans provide warmth without being too constricted (unlike most crew neck jumpers) and they could go well for any occasion too. This year, we will see cardigans in impressive patchwork designs and in muted colors. Throw in a cardigan over your day job attire and you’re functionally and style-ready to tackle the world on you off-duty hours.
You can see more of this article in our April 2016 issue of ModelsMania

The Gift of Change

Geoengineering: Will Climate Control Save the Planet?...

The Prescience of a Master Storyteller Written...