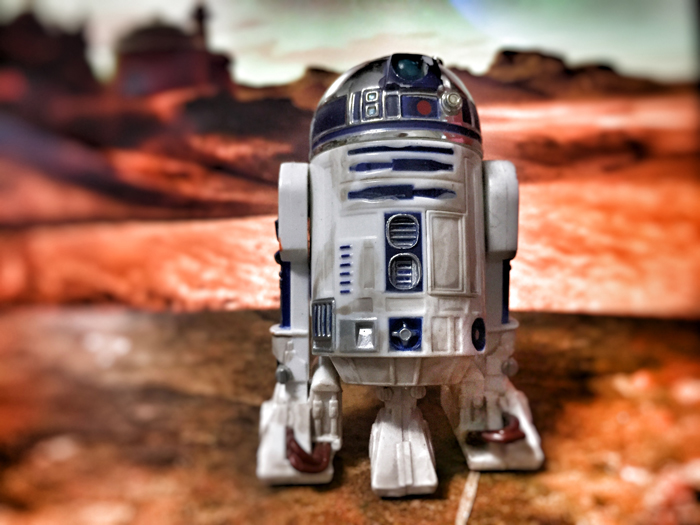 Star Wars movie fans are biting at the bit as the release date approaches of the newest addition to the series entitled Star Wars: The Force Awakens. On December 18, movie-goers will be able to get their next galactic fix when theaters open their doors to the intoxicating story which includes an intriguing cast of both new and returning characters. Those folks who enjoyed watching the original trilogy are pumped full of nostalgic excitement at the line-up of return performances by such big names as Harrison Ford as Han Solo, Mark Hamill as Luke Skywalker and Carrie Fisher as Princess Leia.
The tale of the epic galactic battle continues between the aggressive, dominating Empire and its evil overlord Darth Vader and his Stormtrooper minions fighting against the determined Rebel Alliance consisting of a rag-tag group of Jedi Knights, androids and the occasional unsavory character seeking to gain an advantage from it all. The struggle for who will control the lives of billions across the galaxy resurfaces and, hopefully, the continuation won’t disappoint.
Although Star Wars: The Force Awakens mainly refers to the resurrection of the Force and the exciting continuation of adventures it carries with it, there is also the veiled meaning of the franchise’s awakening from its decade slumber. It really doesn’t seem like it’s been that long since the second trilogy of Star Wars movies ended, but the enthusiasm towards the release of the upcoming movie continuation is proof that it’s been far too long.
Where It All Began
Star Wars creator George Lucas originally began the movie concept as a single trilogy. The first Star Wars hit the big screens on May 25, 1977 and instantly became a cultural sensation. Movie-goers were thrilled with the epic battle between the “forces” of good and evil that took place “a long time ago in a galaxy far, far away”.
Lucasfilm and 20th Century Fox followed up in 1980 with the sequel The Empire Strikes Back and then Return of the Jedi close on its heels in 1983. This was supposed to be the end as the final movie tied into the first movie to complete the trilogy and come full circle.
However, when an idea turns out to be so incredibly popular (and profitable), the creative wheels tend to keep turning. Another trilogy was cranked out between 1999 and 2005 which included Star Wars Episode I: The Phantom Menace (1999), Star Wars Episode II: Attack of the Clones (2002) and Star Wars Episode III: Revenge of the Sith which was the last Star Wars movie of Lucas’ series that released in May of 2005.
Lucasfilm attempted a spin-off of the popular movie series in 2008 entitled Star Wars: The Clone Wars, which was a computer-animated film. The storyline covered a three year period between what occurred in Attack of the Clones and the following movie Revenge of the Sith. Although the spin-off was not received well by critics, it did spawn a television series that was known by the same name.
You can read more of this article in our December 2015 issue of ModelsMania

Dangers of the rising seas and water

The Mysterious case of Max Spiers –...

A Look Inside Medical Corruption