Trending Topics
THE CHAUVINIST CULTURE WE LIVE IN
How to become a virtual reality game developer
Why Bali is an Amazing Location for Photo...
The Evolving Face of Rock and Roll
Sex in Today’s Modern World
Out with the Old is Pure Foolishness
The All-American Icon
How to Fix The Music Industry
The Increasing Popularity & Sales of Vinyl Records
The Fantastic Appeal of Science Fiction
Home HOT EXCLUSIVES The Current Meth Epidemic in the US & the World

The Current Meth Epidemic in the US & the World

Drugs weren’t as much of a widespread problem a few centuries ago. Herbs were mixed, prepared and used for medicine, scientific observation and for rituals. When people noticed the addicting intoxicating effect of some herbal concoctions, they started to market and use this to their advantage, as people readily accepted substance intake as a type of entertainment, like in the case of Vaudeville shows and social parties when laughing gas was used.
The opium war is one event in history that demonstrates the power and ability of drugs to launch wars against nations. One country was subjected to the effects of opium, a substance which is made from the poppy flower- a plant already used in historic times for medicinal purposes. It was commercialized and people became dependent on it, thus launching a series of wars that affected the lives of many. And that was just the beginning. Imagine the situation today where technology has now made these substances more potent, and with more detrimental effects. 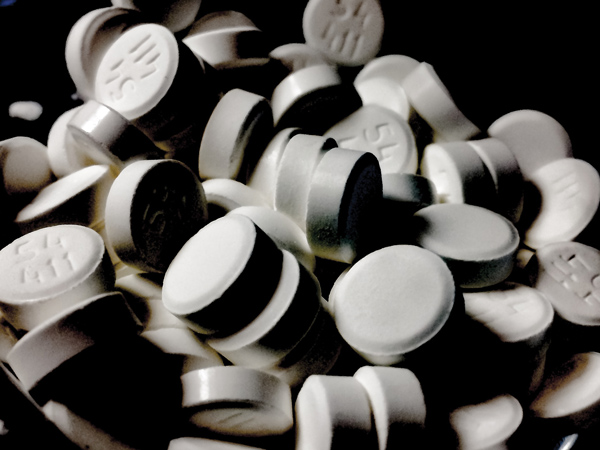 A well known example of these types of substances is Methamphetamine, also known by its common name “Crystal Meth.” First made in Germany in 1887 as Amphetamine, and further developed in Japan as its current form in 1919. Now, it is more potent that ever due to the evolution of manufacturing methods. It was widely used during World War II to keep troops awake and to boost morale for Kamikaze suicide pilots. After the war, supplies were made available to the public, leading to methamphetamine abuse. It was a prescribed drug in the 1950s for diet and to fight depression. Thus, it was easily available as a stimulant, and the studying and working class used it for this purpose. It was banned in the US in 1970, and thus sprung forth the drug gangs who controlled production and distribution. Drug trafficking organizations and other smaller units produced houses and laboratories for manufacturing and selling. It has spread through Europe and part of Asia.
How Addiction & Meth Affects the Brain
Methamphetamine produces long lasting feelings of “high,” as well as weight loss for obesity. It’s double or triple the potency of cocaine, and effects last for as long as 24 hours. This makes it easier for overdose to occur. Irreversible brain and body damage occurs in result of this. As a stimulant drug, users become overactive, with a tendency for mental and physical breakdown as drug effects recede. As an appetite suppressant, weight loss can be observable, and as the user becomes more driven to take in meth instead of food, the more the body deteriorates physically. Some serious short-term effects of meth abuse include:irritability, difficulty sleeping, nausea, hyperactivity, irritability, increased body temperature, hallucinations, anxiety, paranoia and seizures.

THE WORLD OF COMIC CONS AND THEIR POPULARITY