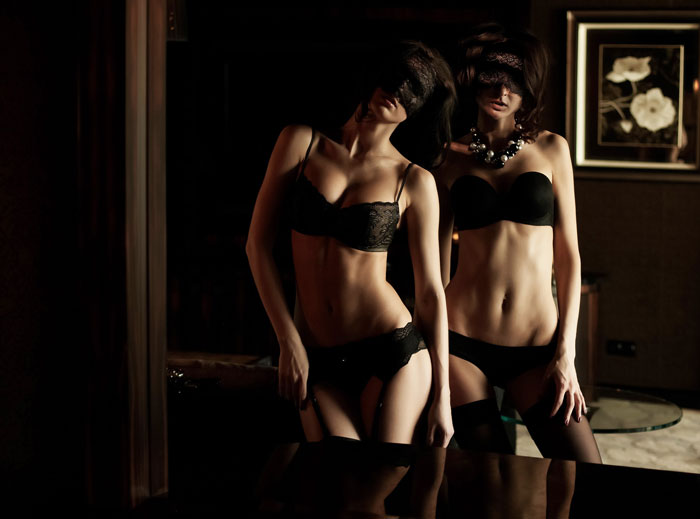 Anna lay on her back listening carefully for the familiar tell-tell sound of her boyfriend’s deep breathing that let her know that he had fallen asleep. She closed her eyes and ever so slowly moved one hand down her body and under the waistband of her sleep shorts. As soon as her fingertips reached her sex she could feel her wetness, caused purely by the memories of a wonderful night of sexual awakening that occurred out of the blue just over three weeks ago. She held her palm tight over her pussy and ever so subtly allowed her middle finger to perform small and slow massaging circles over her clit. She kept her arms and the rest of her body as still as possible, so as not to awaken her sleeping boyfriend lying next to her. She knew that if he realised how hot and horny she was, he would want to have sex, but right now all Anna wanted was to be left alone with her memories and her fingers to provide her with some satisfying relief.
Masturbating to the memories of that mind-blowing night of orgasmic sex with her boyfriend and their new friend, Dr Emily Clarke, had become a fairly regular occurrence for Anna. She couldn’t believe how much that night had affected her on just about every level. Not only was the experience exciting and thrilling but also it was some of the most satisfying and fulfilling sex of her life. As she lay in bed this night she flicked her clit with more and more speed and purpose as her mind filled with the memories of Emily’s tongue cherishing and devouring her clit and hole.
She brought her second hand slowly down through the covers and slid two fingers into her inflamed and wet cunt. She raised her knees slightly to create some space underneath the blanked for the movement of her hand and began to rhythmically slide her fingers in and out. She would stop in the in-stroke every now and then to circle her fingers inside her pussy wall, blissfully massaging her spot. As she got closer and closer to her release she remembered the feeling of Emily’s soft lips and tongue on her own as they kissed and Anna could almost taste once again the Dr’s sweet juicy mouth. Anna came, controlling her writhing and inadvertent body jerking as much as possible and proceeded to fall into a deep and relaxing sleep. 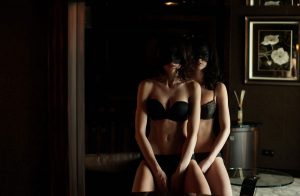 A couple of days later Anna received a text message. It was from Emily. Ever since that fateful evening at the doctor’s house, the two women had kept in touch via the odd text message, email and phone call here and there. The nature of their communications tended to be friendly with the occasional flirty undertone.
‘Got the day off. Come round and cool off in my pool?’ As soon as she read the message, Anna’s heart began to pound and she had a sudden rush of joy at the thought of actually seeing and spending time with Emily once again. She reminded herself that the Doctor was married and that night was most likely a one off. This was surely an innocent and purely platonic invitation between friends to spend the day chilling out beside the pool. Suddenly it dawned on her that she should probably let Justin, her boyfriend, know about the invitation, as after the initial hot threesome it seemed strange, almost wrong to keep him out of it. Was it really necessary to interrupt him at work though? Finally she decided not to bother phoning Justin, as he would only worry all day that he was missing out on something.
You can see more of this article in our Nov/Dec adult issue of ModelsMania