Just a few years ago we thought that solar energy was something beyond possible. But today the solar panel is becoming a widely popular form of alternative energy around the world.
While people consume fossil fuels at a significantly higher rate, solar energy becomes more desirable and enticing. With concerns over mankind pollution on the rise, the increasing cost of fuel, and advancements in solar energy are making it more attractive to the average consumer.
Solar energy, which converts radiation into power by using photovoltaic and silicon solar cells, along with wind and hydropower – are alternative energy options for the future of the planet. Although it is fair to say that people are more motivated to make a switch and opt for solar energy by concerns about health risks and local pollution, and less about global warming.
The growing popularity of solar panels can be linked to the fact that it’s getting easier and easier to integrate them into your home, especially small and medium sized panels, which are considered more practical. It can also be linked to the fact that over the years, the cost of installation of such panels has lowered drastically.
But perhaps the most major reason for the growing popularity of solar energy is well-coordinated actions taken by the United States government to develop, distribute and allow their citizens to have environment-friendly, clean and safe energy.
And then there is also a rapid population growth and the spread of the awareness that people need more and more energy, and traditional non-renewable energy sources will not be enough soon. Solar energy is the most abundant form of energy available on the planet.
The ways of capturing solar energy vary greatly: from installing solar panels in residential areas to panels that can easily fit on your cell phone case. No matter which way you prefer, it will definitely benefit future generations.
The Fukushima nuclear disaster that took place in Japan in 2011 has also attracted a great deal of attention to using solar energy as well as encouraged the world to seek safer alternative energy options instead of relying on nuclear.
Solar power becomes more popular, thus reducing the need for traditional fuel sources, reshaping the global energy market, freeing humanity from its dependency on fossil fuels and, at the same time, making environmental activists satisfied.
Benefits And Worldwide Usage
People who opt for solar panels benefit from more efficient and green energy usage as well as continuously decreasing costs. With prices for traditional fossil fuel sources on the rise, more people and businesses are becoming interested and drawn into renewable energy usage. Furthermore, scientists have recently demonstrated transparent solar panels that could be used as windows, which will definitely attract more consumers.
Solar energy is a renewable and non-polluting resource. While solar power is available for collection every day, it doesn’t create waste that must be stored (like nuclear energy). The solar panels don’t require thorough and frequent maintenance. Furthermore, maintenance and repair costs are reasonable.
You can see more of this article in our June 2015 issue of ModelsMania 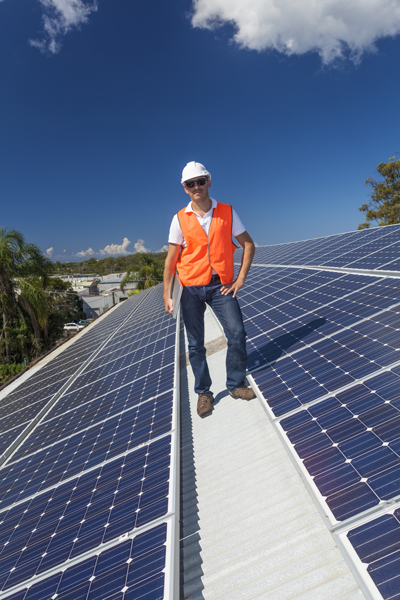 The Two Sides of Bitcoin

Making All the Right Choices Written by Rick...

The Evolution of Modeling Written by Rick Trottier...

The Popularity of True Crime Podcasts By Udeni