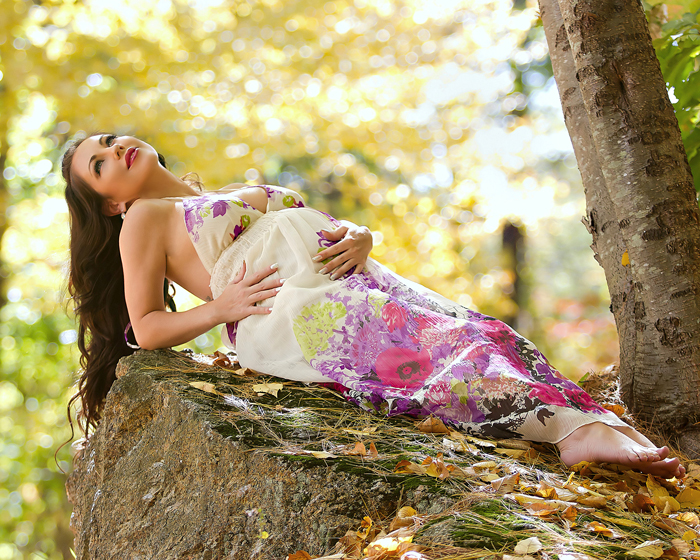 Praising the Beauty of Maternity Images

As a boy, it was pretty commonplace to see expectant mothers out and about in the market, at the department store, at the park, strolling about with an ethereal look on their faces and a sizable bump dominating their midsections. It was the end of the Baby Boom years and while families were starting to get smaller, there were a lot of children still being born, especially in the burgeoning section of New England where I grew up. One of the memories I have of the “mommies-to-be” from those years is how incredibly frumpy and unfashionable the vast majority of them looked in clothes that did everything possible to hide their blossoming bellies and deflect attention from their “delicate conditions”. For of course, that was still the time that past a certain number of weeks, women were expected to be helpless and unable to get about or do for themselves anymore. They became steadily more house-bound and less willing to be seen in public until after the delivery of the baby. And most certainly, these same expecting mothers allowed very few pictures of themselves to be taken while they were pregnant. It just wasn’t what you did in those days. Even when Instamatic Cameras and Polaroids became more readily available, maternity pictures just weren’t terribly popular. It wasn’t a question of technology that needed to change; it was an attitudinal shift that would be required of society and our nation.
In the years since that era, opportunities for women have opened like a flower receiving sunlight. I remember when most sports, once off limits to girls, became something that was not only accepted but celebrated. Educational and professional prospects and rewards have become more diverse and worthwhile. Even in the social sphere, things have changed dramatically, as women are no longer expected to sit on the sideline and meekly await chances offered them. Women today are expected to fight for their rights to happiness and success in the same manner as men. And as all of these ideals and mores have steadily evolved, the resulting impact has been that other corners of society have seen reform and sometimes even revolution.
I spend a great deal of time writing about the state of and the forces at work in the modeling industry, generally as they pertain to glamor images. Much has changed over the past 40 years, most of it for the better. But one place where a fascinating spillover from the benefits of the Women’s Movement has blended with the growth of the Glamor Industry is how thoroughly accepted and even expected it is that women will rejoice in their pregnancies by having maternity imagery of all types created for them and their families. No longer do women quietly hide their pregnancy and don attire that even most grandmothers would find ludicrously dowdy.
You can read more of this article in our December 2015 issue of ModelsMania 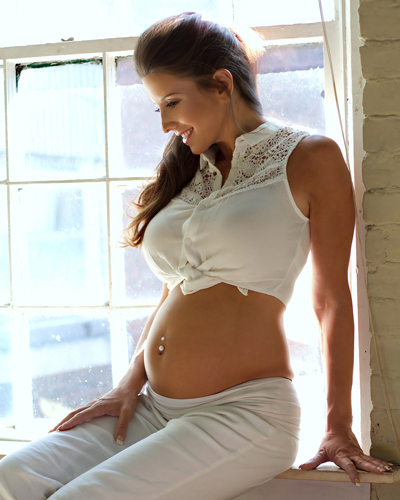